Thanks for the tips Kaldor. Dec 19, 3, 0 20, Maybe a couple of pci slot cooling fans might be in order. It is a similar price and 1cm longer, but has built in Wifi, so would save a Wifi PCI card, everything else seems similar spec. Good idea or stick with the Gigabyte? If you need wireless, buy the ASUS.

Step 1: Tools and an Initial View

Question New to PC building. Today at AM. 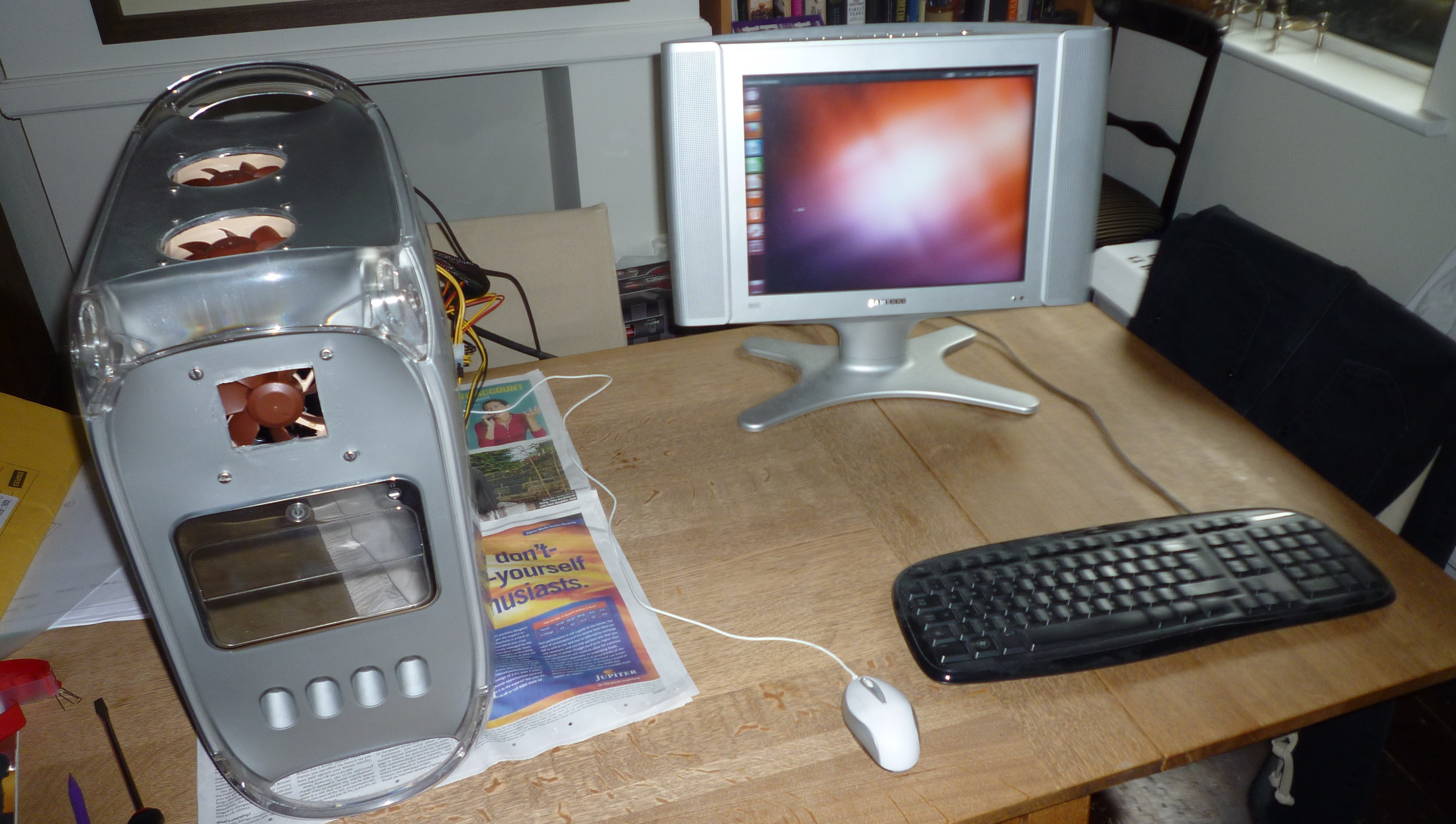 Build Advice build. I intend to buy a much better and bigger HD display to take full advantage of it, so it should be a pretty awesome experience. Henry is a student who is a huge Apple fan, and has used their products since day one. He can remember how happy he was when he received the first iPod back in as a birthday present. He has an international background, having spent most of his life in France but he now lives in the UK.

He is also a native French speaker and can also speak Spanish at a decent level. In addition to tech, Henry is an avid sports fan and has his own sports blog. See author's posts.

Your email address will not be published. Save my name, email, and website in this browser for the next time I comment. Follow Us. Or sign in with one of these services. Linus Media Group is not associated with these services. I Thought I'd share the process here. I removed the original rear IO plate by drilling some small rivets that hold it in place, I also took out the expansion card holder since it won't be used.

It used to be at the same place that it is now but mounted on a pretty bulky bracket, so I have removed that and mounted it flush with the case.

I've also marked some extra holes for airflow. I've started to use some old parts as a mock up since I need to drill some holes for the power supply to breath a bit and I would also like to make some cable management holes. I also found an old hard drive cage that most likely will get cut in half and riveted to the botom of the case. This is looking cool! I've seen a few projects like this, and I like to see everyone's different takes on it. Got any idea what PC parts you're gonna load into it?

It's going to house my current current HTPC which is actually pretty boring, it's a mix and match of parts I had laying around and really cheap eBay auctions. The only thing I won't be using is the cooler since it obviously won't fit in the G4 case. Today I was able to work on the G4 a bit more.

I finished all the modifications needed at the back plus I added some extra holes for airflow. I used a zip tie to hold the door in place and an angle grinder to cut through the case. I also filed and sanded all the surfaces that had been cut until the metal was smooth. The last thing I did is mark and drill all the holes on the bottom for the extra airflow. I also tested the PSU fitment with the new setup.

I was able to get a bit more of work done tonight. Finally made some holes for the PSU fan, they aren't the prettiest thing but they will be covered by the PSU and the side panel so I don't care too much.


Yesterday I chopped half of the CD cage I am going to reuse it since it's pretty bulky and weights quite a bit. I also removed the little shelve for the CD unit and PSU since that's also getting some weight reduction treatment. Almost finished with the case, just have to make some cable management holes and a few more little things and then I can start painting the chassis. 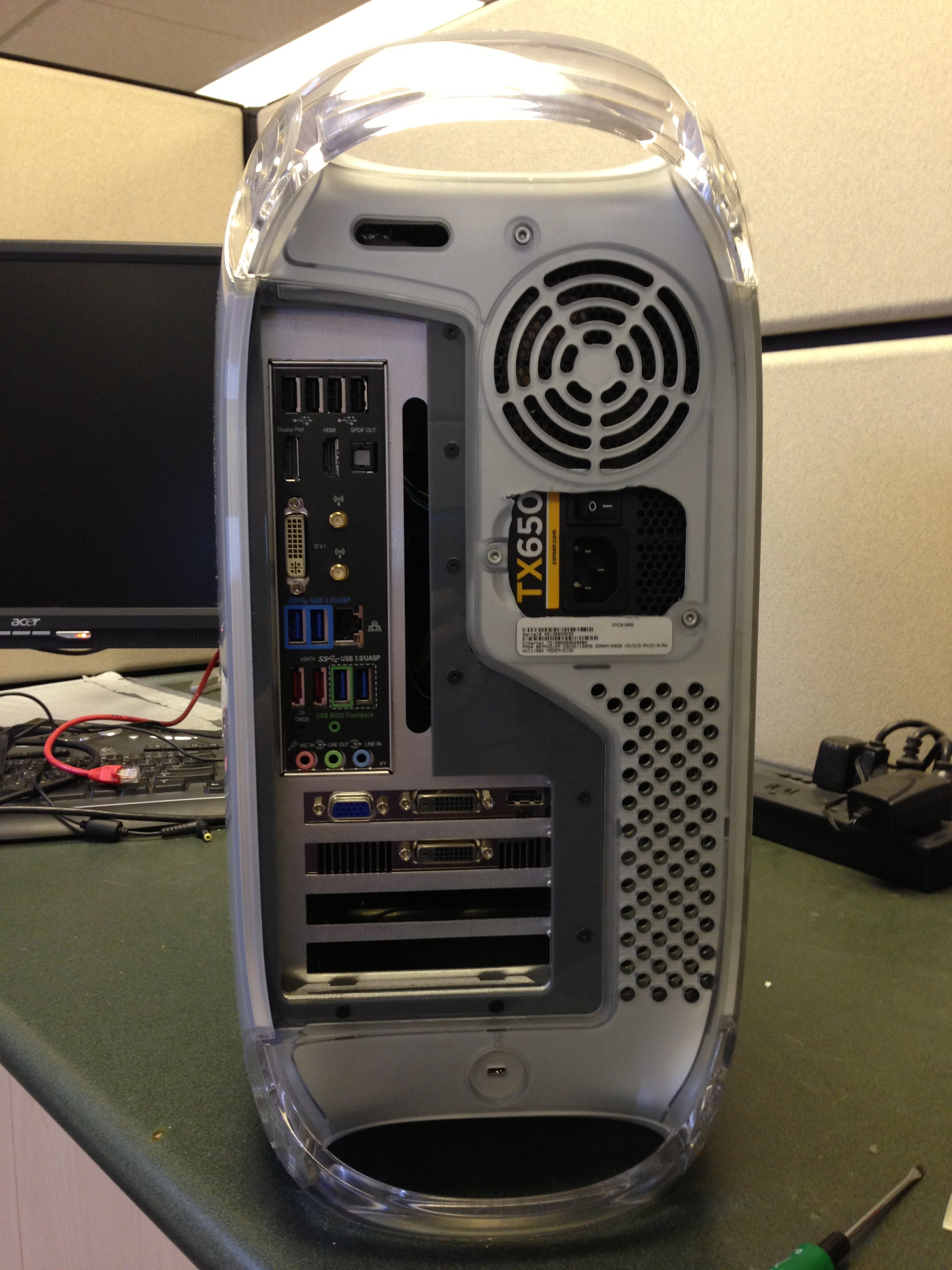 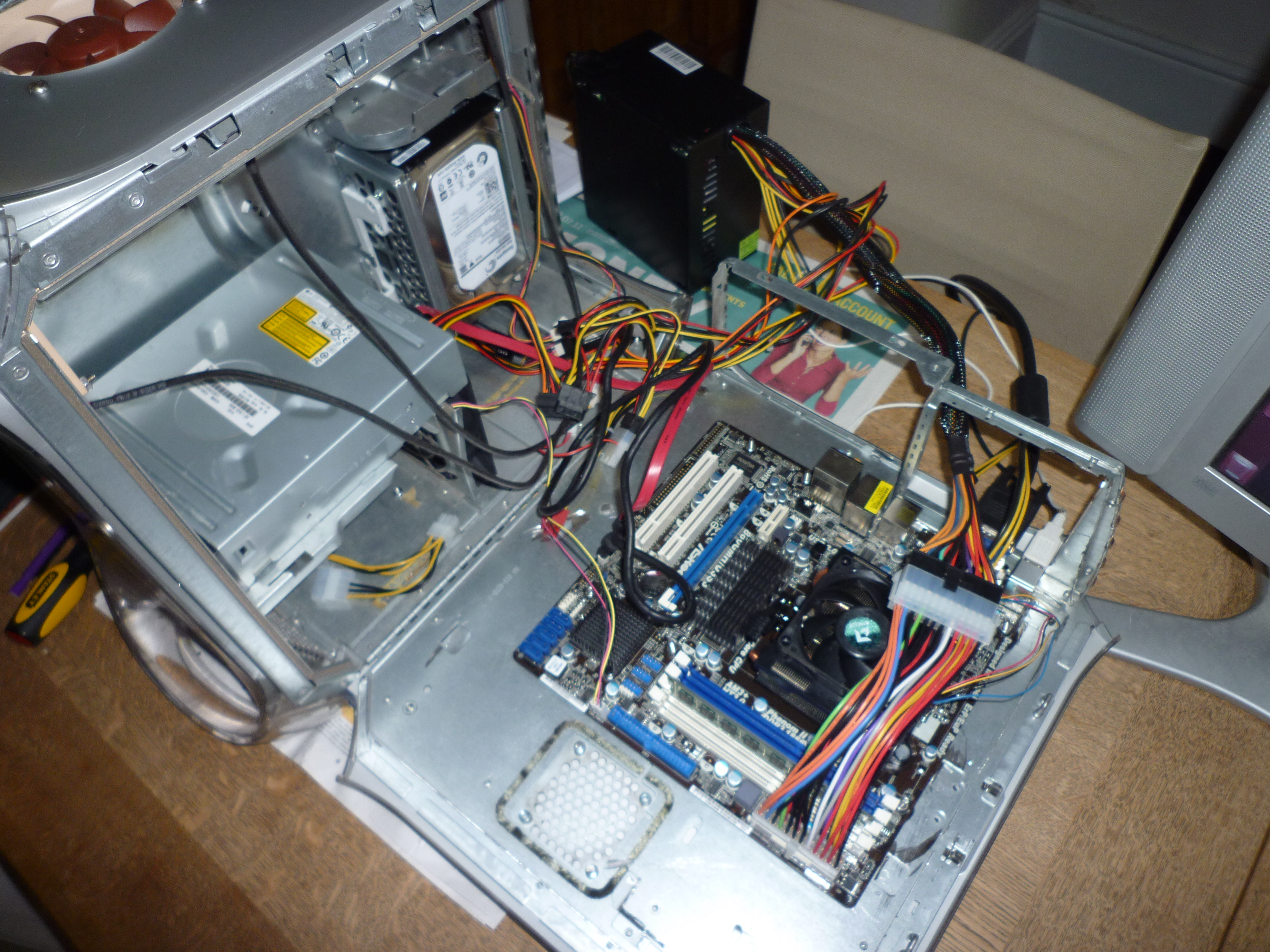 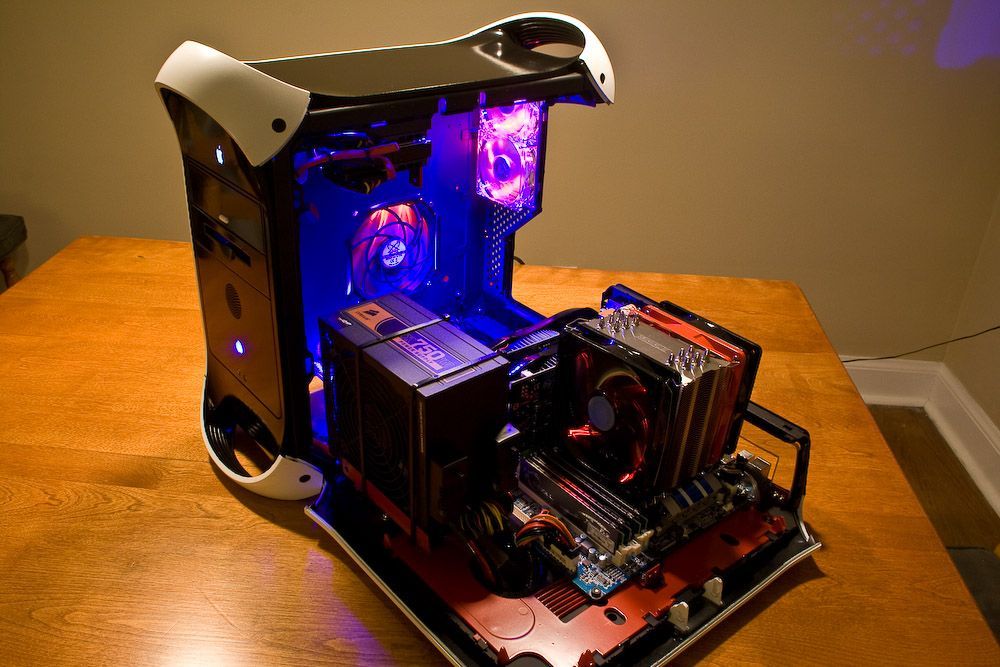